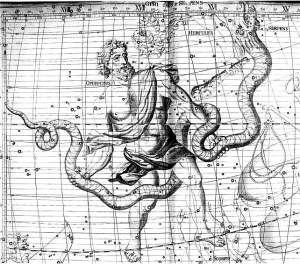 For a number of years now we heard about the Galactic Alignment, through the Mayan Calendar date of 12-21-12. Not much had been revealed, relatively speaking, about this ‘end of time’ event.. unless you really went digging, and even then there was all the deciphering and the understanding of their meanings.

I hope to be able to provide some further insight into this quickening, or awakening of consciousness in the advent of what occurred within our collective Being.

In our local Solar Astrology, we are presented with our 12 Constellations and 12 Zodiac Signs, which had been held in the Solar consciousness of Time through the system of 12. We have now gained all we could gain in our evolution through this system of 12. Our imprinting of 12 months of the year, 12 Signs of the Zodiac, 12 Constellations and the 12 Apostles are to name a few in this ‘time wave’.

We had been under the limitation or spell, of 12, until this Galactic Alignment into the Tonal Vibration and Supreme Activation of 13, the Christ; through our awareness in Ophiuchus who stands at the little remembered 13th Constellation at our Galactic Portal of Sagittarius.

As our sight gazed to this Galactic Alignment, we found the Serpent-Bearer powerfully residing in the straddling of both our worlds of Solar and Galactic Knowledge.

This Serpent-Bearer is the only Constellation depicted as Man, a Human Being, greeting us at the Portal, in an otherwise Solar sea of Scales and Bull’s and Fishes.

Our Destiny greeted us as our Self, in our journey as Man now into the Center of our Milky Way Galaxy!

We observed that Ophiuchus has playfully wrestled a massive Serpent into Bliss. The head of this enormous snake is straight up, mouth open wide, and its forked tongue hanging down beside its face.

The Serpent, in its state of Bliss, wears the Magnificent Northern Crown above its head indicating that the Awakened Consciousness of Ophiuchus/Man has been extended to it.

Man has been freed from what had bound Him in the Myth of Time and the illusion of the forked-tongue of distortion.  We can now see that we have reached a turning point in Mankind through a humbling experience of compassion and forgiveness for our once-limited and erroneous sight.

Through Ophiuchus, we are now reminded of the dream we shared in forgetting that we are Sovereign Beings of Truth. Our Power of this Truth, which is Love, renders the illusion of an enemy into Bliss.  One cannot see anything outside one’s Self which it is not.

A Completion is also powerfully indicated here as Ophiuchus willingly turns his Vision toward the Call of his next adventure, now newly Ascended and released from the ancient codes of the duality of Time, and into Eternity.

We can now explore our threshold of new consciousness together as Galactic and Universal Beings, forever placed in the Heavens as the Divine species of Man, our Christed Self.

(“These things that I do, you shall do and more.” Jesus Christ)

In La’Kech ( I AM another your Self)

Note* Coming up this April 21st, 2014 will be a Grand Square of 13 degrees in each of the four Elements of Air, Earth, Water and Fire.  We are The Fifth Element; Ether, Spirit, Christ Consciousness lifting all these Elements.

I shall post an article before this event arrives.